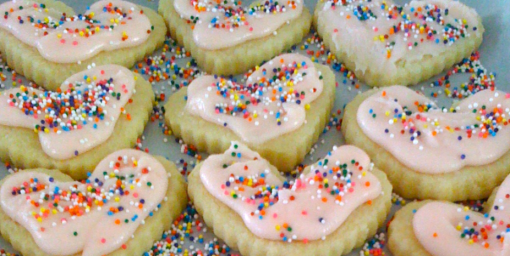 The doctor’s appointment during which I learned that I have multiple sclerosis was on December 12th, at noon. Yep: 12/12/12 at 12:00. That’ll be easy to remember. It will be a turning point in my life. But the next 40 or 50 years aren’t going to be one long blur of MS-related thinking and doing. There are too many other, more interesting things to do. And after an exhausting three months, I have a feeling that the first phase of the whole business is drawing to a close. Thank goodness.

At first, I was just learning to get used to the whole idea. There was some crying. It was hard to talk about — partly because I couldn’t believe that it was happening, and partly because I just didn’t know anything. This is a disease that impacts people in very different ways, so hearing “you have MS” doesn’t really tell you much. My first task — the first thing I could apply myself to in an organized way — was to try to find out what the heck is going on.

If you read my earlier summary, you know that two MS specialists gave me two very different diagnoses.

The first one was relapsing remitting multiple sclerosis. That’s what I think of as “the good kind.” If you have a neighbor or a friend’s cousin or a teacher who has MS and has been living a relatively normal life for the past three decades, this is probably the kind that he or she has. There are good, very effective drugs for it.

The second one (and the one that my original neurologist pointed to) was primary progressive multiple sclerosis. This is what I think of as “the bad kind.” No drugs. No proven treatment. According to that doctor, people with PPMS are likely to see an increase in disability in five to eight years, although there are ways to delay that for a year or two.

As you can imagine, there have been good days and bad days.

Last week I went to see another MS specialist in Burlington, who gave me a third diagnosis: primary relapsing multiple sclerosis. In my mind, it’s a combination of the good kind and the bad kind. I have two different kind of lesions, some in my brain, and some on my spinal cord. I’ll probably have a steady progression, but with the added bonus of periodic “attacks.” There are some elements that will respond to drugs, some that will not. This is apparently the rarest kind of MS, and nominally the worst, although that doesn’t mean it will be the worst for me personally. The hope is that my progression will continue to be very slow.

After three different diagnoses from three different specialists, it’s hard to know what to think. But this last one, PRMS, feels right. It accounts for everything I’ve been told and everything I’ve experienced so far. I believe (finally) that I know what I have, and I understand what it means. I can’t change it, but I can change my life to accommodate it in a few ways. I can’t cure it, but I can try some drugs that will make my version as mild as possible. I’ve chosen a doctor (who seems great) and I’ve chosen a drug (stay tuned for more…). I’m anxious to get started and will do so later this month.

That’s what I mean by the end of the first phase. Good riddance to it.

And with that, I know this is certainly the perfect time to say another heartfelt, resounding THANK YOU to the friends and family and strangers who have made the past three months not only bearable but truly joyful. I have never felt — could have never expected to feel — so loved. Despite everything, I know for sure that I am one of the lucky ones. I don’t recommend that everyone run out and get a disease, but if you have to have one, believe me, this is the silver lining.

For the hugs, emails, drinks, phone calls, cards, flowers, comments and everything else: thank you, thank you, a million more thank yous. I am basking in the glow of your support. Words can’t cover it. I hope I can buy you a drink, bake you a cookie, or find some other more concrete way to thank you in the future.

P.S. I hope it goes without saying that I’m not a good source for official medical information. Don’t take my word for anything. Go here instead: http://www.nationalmssociety.org.

13 thoughts on “Closing Phase One.”