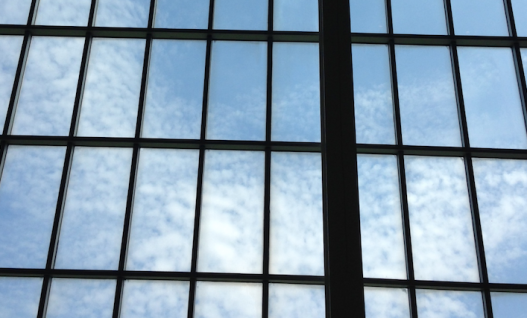 Despite my very strenuous efforts to make sure that none of my friends ever move, occasionally they do. (Dammit.) There are things that they gain when they move: career opportunities, better weather, more diverse restaurants. But they often lose something, too. Friends.*

Certain giant friend-making free-for-alls come along in life, like when you show up for college with 500 (or 5,000) other people who don’t know anyone either. That’s a frenzy of unimpeded friend-making. But most of the time, making friends is hard. You land in a new place and you’re on your own. Everybody else already works there, or already lives there, and has all of their social structure and support worked out. They’ll nod to you in the grocery store or chat at after-school pick up, but they’re fine. You’re the one who’s new and needs friends. It’s hard.

In this situation, you must do some friend-dating. Nobody likes it, just like nobody actually likes going on awkward first dates in the romantic sense either. But if you want to get back on your friend-feet, this must be endured. My friends who have moved recently may tease me about this (you know who you are) but I have guidelines for friend-dating. In case you’re reading this as a newbie somewhere, I’ll share them with you.

1) Put on your metaphorical lipstick. Maybe it’s lipstick. Maybe it’s just not wearing sweatpants to the grocery store. Heck, maybe it’s just wearing your nicer sweatpants to the grocery store. But whatever it is you do to feel presentable, do it. The key is that you always need to be a little bit more “on” when you’re friend-dating. You don’t want to find yourself hiding in the cereal aisle to avoid conversations with acquaintances because you’re worried that your hair is dirty. Conversations with acquaintances are exactly what you do want.

2) Be chatty. You have to just chat with people. It doesn’t really matter if you know them well or not, or if they look like they might have something in common with you, or anything else. Just talk to the people around you — stores, post office, track, sidewalk. For one thing, you never know who you might hit it off with. But just as importantly, when you don’t really know anyone, you can sometimes start to feel like a crazy, wild-eyed hermit. Talking to people is a habit, and you don’t want to get out of that habit.

3) Say yes to everything. When you have friends where you live, you don’t really have to go out of your way to engage with people. Something else will always come along when you’re more in the mood. When you’re friend-dating, you have to say yes all the time. Coffee with some lady that you just met? Yes. Book club? Yes. Afternoon jog? Yes. Keep in mind that the invitations that come along when you’re new are partly coming because you’re new. You can’t ignore them all right now and hope that someone will ask you again in six months.

4) Join things. If you aren’t invited to do things, start signing up for them on your own. Take a class. Join something. Leave the house. Even if you’re not really a joiner, there must be something that you’re interested in. And since you don’t have friends yet, you’ve got the time. Again, this is partly about putting yourself in the path of potential friends, and partly about not losing the habit of other people.

5) Invite people over. When you meet people that you like, have them to your house. You don’t have to have a big dinner party to do this, although dinner parties are fun and I think people should have more of them. You could just have brunch. Or a bagel. Or watch some game. People like food and drink, so give them some. Let them be a part of your life in your home. All friendships happen just one step at a time, and this is a step.

I’ll be the first to admit that I don’t like friend-dating. I remember that phase very clearly from each of my post-college moves, and it’s not something that I’d want to go back to at the moment. But I also remember that some of those encounters ended up leading to lifelong friendships that have far outlasted the awkwardness of the “getting to know you” conversations. If you’re new somewhere, take heart! This will suck, but it will pass. Sooner or later, you’ll be all settled in, with the full range of friends around you and the option to say no to coffee if you feel like it.

*I mean to say: they don’t lose friends. We’re still here. But friends in the community. Local friends.

One thought on “Making your way in the world today…”