John is away at Cousins Camp this week. He’s with my parents and five of his cousins — three who belong to my sister and two who belong to my brother. My brother’s wife, Kim, is making a heroic appearance as a camp counselor this year to help keep the six of them in line. They’re all on the coast of South Carolina where they go to the pool and the beach every day and seem to eat ice cream and cake at the drop of a hat.

It is hard for me to even count the ways that this makes me happy, but I’ll give you the top three.

First, and most importantly: the bonding. Family is important to me, but mine lives far away. John sees my parents relatively often because they  visit, but he doesn’t spend a lot of time with these cousins. Logistically it’s just too hard to get them all to one place. So I’m thrilled that they have one week when they can all hang out together and just swim and play and play some more. Will, the oldest, is 13. I’m very well aware of the fact that they won’t all be kids for that long. They’re making memories, folks. And those memories matter.

Second, the growing. A wise friend (Amy M.) once told me that as soon as a child is old enough to do something for himself, he should always do it. I’m horrible at this. I cater to John far more than I should. Sometimes because I just want to, other times because I’m impatient. (Getting out of the house is faster if I tie the shoes.) And John is not one to push back on that stuff. So being away from Matt and me (fine: me) means he has a chance to be a big kid and do what the big kids do. Everyone takes it for granted that he can take care of himself. Which he can! And at camp: he does. And some of that will come home with him. It’s good for all of us.

Third, the peer pressure. As I’ve said before, I love it. We have wonderful nieces and nephews who are good influences on John in every way I can think of. Someday they might be buying him beer and sneaking him out at night. But for now, they have great manners, they eat their vegetables, and they listen to grown ups. And John would follow these cousins to the end of the earth and back, so eating green beans without complaining is no problem. I hope some of that will come home with him, too.

So three cheers for Cousins Camp. Thank you, Mom and Dad, a million times over for giving them a week that they will never forget. And thank you Aunt Kim for the two day drive it took to get the Ydel girls to camp and for keeping an eye on them this year, too. We are so, so lucky and I am so very grateful. 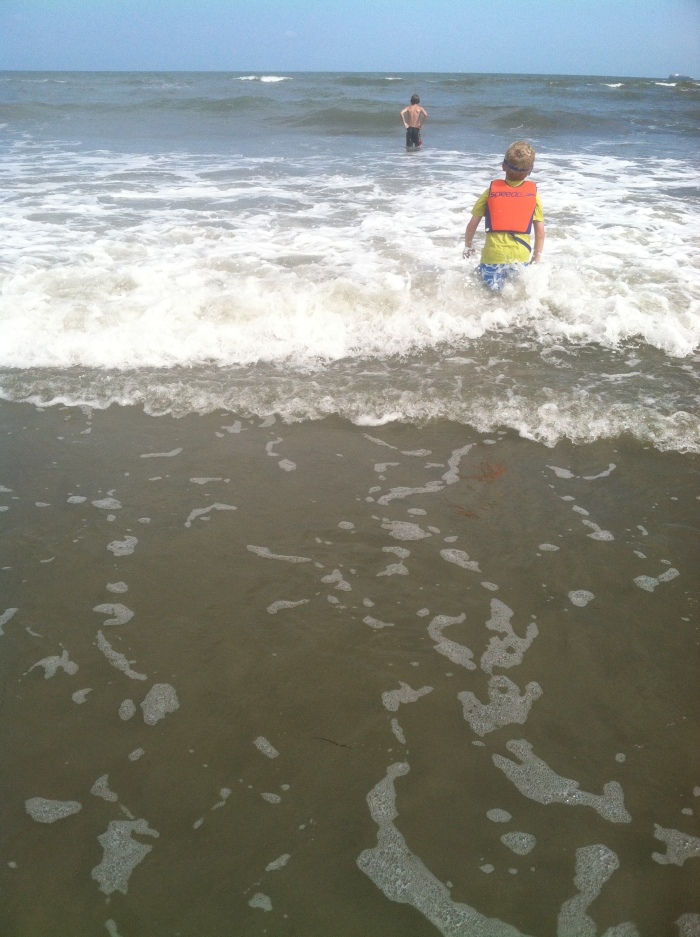