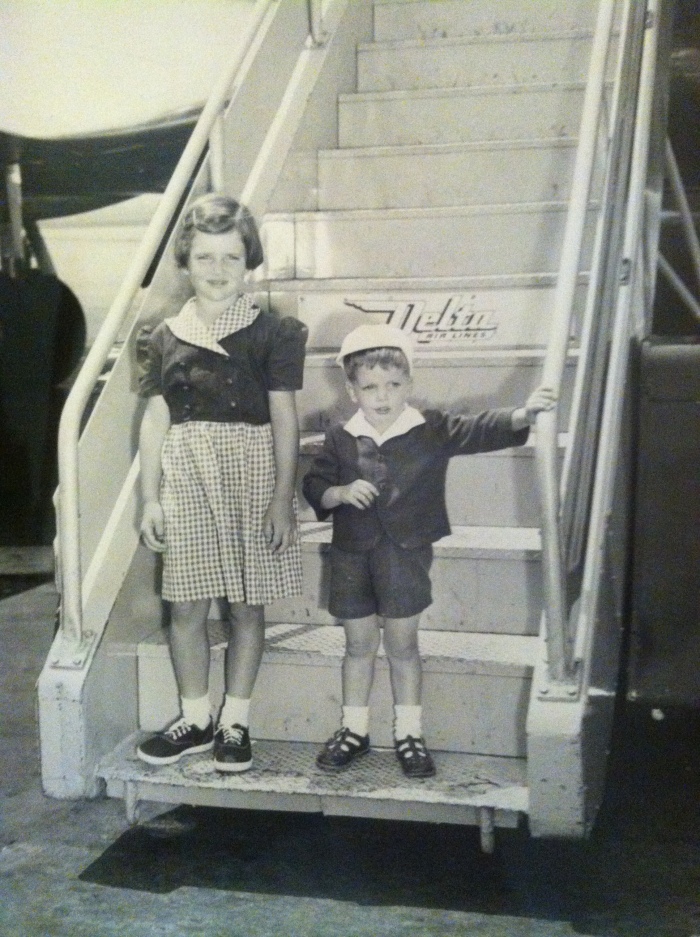 John asked me recently when he would be old enough to do a walking trip by himself.

Frankly, I had no idea what he was talking about. After quite a bit of discussion, I discovered that what he wants to do is go somewhere. He’s not sure where, but he wants to leave our house, by himself, and go somewhere to do something. To drop something off with a neighbor or take something to a mailbox or something.

I didn’t realize that he had never done that! Now I’m trying to come up with a walking trip for him to do and (of course) obsessively trying to figure out what’s safe and what’s not safe. This is not the first time I’ve wished for a rule book. It would be easier to be a parent if there weren’t so much judgement involved. If things were more black and white.

I found this picture when I was in Charlotte. It’s my mom and her younger brother, getting on a plane to go from Kentucky to Chicago. Alone! What are they, seven and three? Hmmmm… Could be that I’m being a little bit over-protective. Again, not for the first time. Probably not for the last.